70 years ago, Milada Horáková, a well known victim of a political show trial in Czechoslovakia in the 50´s of the last century, was executed in Pankrác, Prague. The only woman executed within these trials became a symbol. Preserved letters sent from the prison show ethical power and resilience: „I keep going with my head up – being able to lose is not shame. Even an enemy won't lose his honour, if he is truthful and honest…”


Štěpánka Jislová along with writer Zdeňkem Ležákem bring into comic her personal life, childhood, adolescence, lawyer practice and resistance activities within II WW, her activities as a politician after war in Czechoslovakia, resistance against communists after February putsch, detention in September 1949, interrogatory, show trial, judgment and execution. Comics keep track of other persons and depict authentically a character 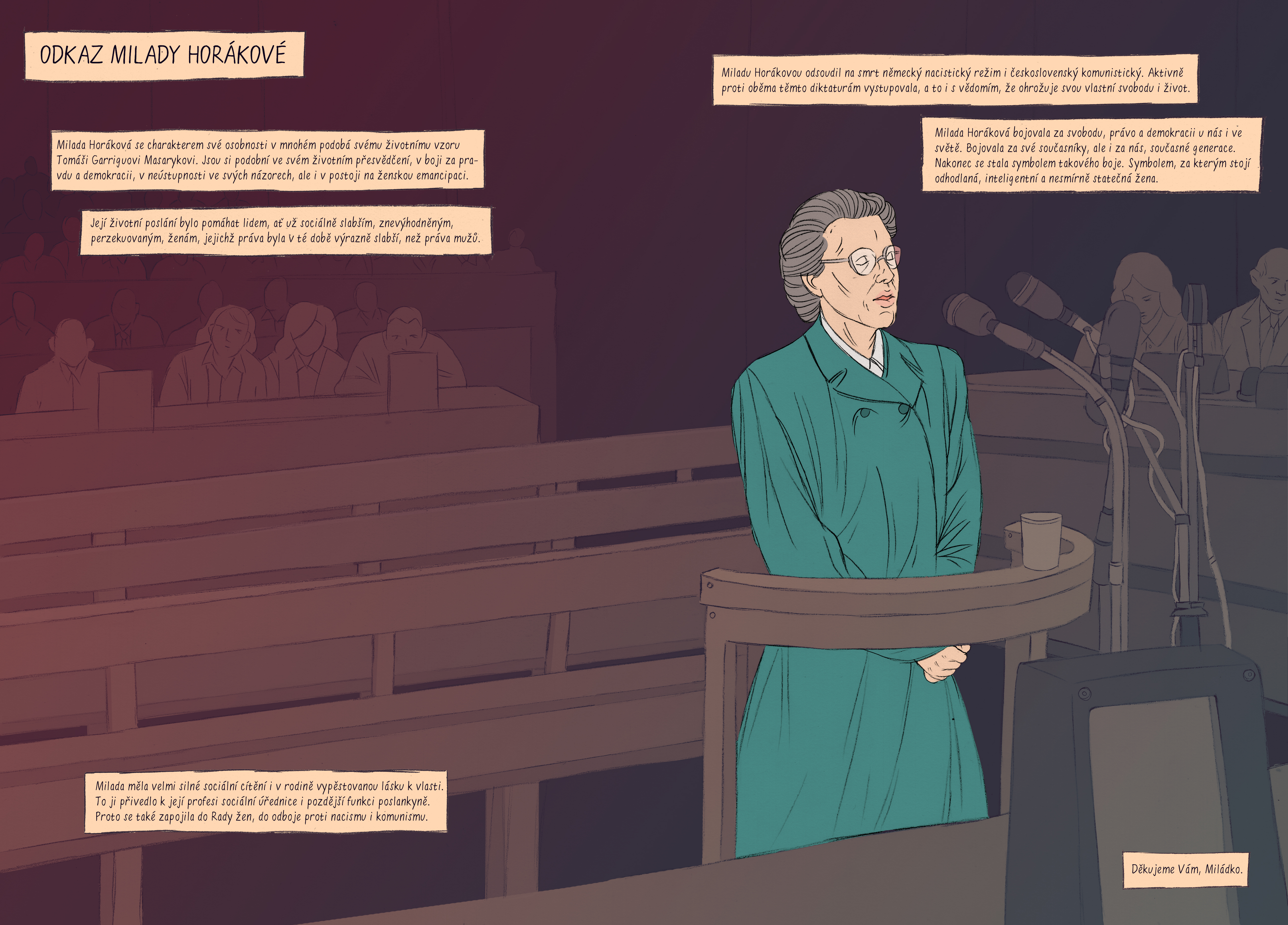