Since his young age he has devoted his attention to artistic creation, in particular illustration and comics. He attended two universities, started at Academy of Arts in Prague (illustration and graphics) and finished it at University of Technology in Brno (multimedia). During his studies he dedicated his work to computer animation, using Flash multimedia platform in particular. Now he works as a graphic designer focusing on animation elements of web design. He creates animation movies, flash interactive applications and games during his free time and performs live VJ shows.


Truth Hurts
Parents and great parents are sometimes pushed to make a decision whether to talk to a child about their inner principal questions which they are hiding and they don’t reveal even to their close ones. Is it better to remain silent, conceal or tell straight lies or else, to admit the truth and make their offspring ready for confrontations with the harsh reality of life? Children want to know, even though they better don’t.


A Bird With Broken Wings
Some of the road users are preoccupied with lofty thoughts. The cycle of daily operations makes them feel tired and depressed at the same time. At first sight, they seem to be ignorants of the surrounding environment. Maybe they are just resisting to ask the question if the incessant movement here and there actually makes sense. And yet there are such people who lean upon the idea of a deeper meaning hidden in any kind of situation such as could even produce a lucky twist of life. 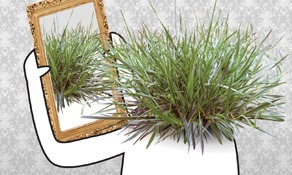