ACEDIA – laziness, one of the seven deadly sins acknowledged by Roman Catholic Church, which has been explicated as spiritual disgust, is at the same time the one that is difficult to define and poorly evident. In this story, laziness takes the form of a deformated human shape, distortion, which only wakes up to the smell of coffee and eventual curiosity to explore what is behind a closed door which recently undergrows some flora. Laziness fights against one’s own fear from the new, unknown, and acquires a completely new personality behind the door. Although, the door promising resolution is shut abruptly and brings one back into their conformity. 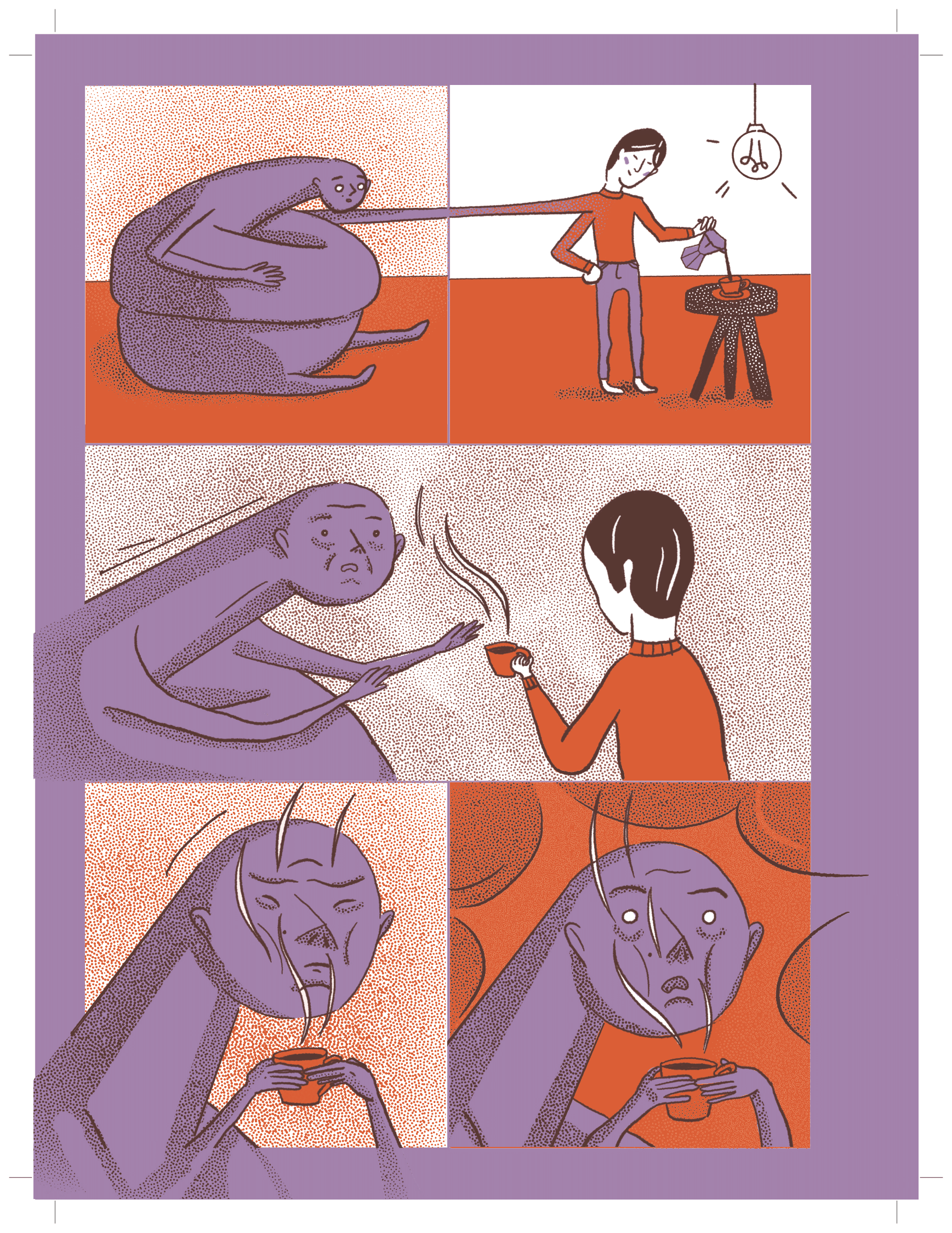