In 1848 in New York, Edgar Allan Poe presented his work „Eureka“. One man from the audience wrote a letter as a reaction what he heard, the letter has preserved. There is no record of their following correspondence. It doesn't exist because agents of reality are successful in making their work and let the ancient dissolved in time.


Jakub Gajdošík, painter and comics drawer. In 2016 he finished Academy of Beaux Arts, Prague. The Korekce comic has been inspired by fantasy of E. A. Poe . Besides H.P. Lovecraft author loves citing him. The Korekce comic has been created by using an old comics technique – ink. The original is now displayed in the National Gallery, Prague as a part of the exhibition Sen ve snu. E. A. Poe in art of Czech lands. 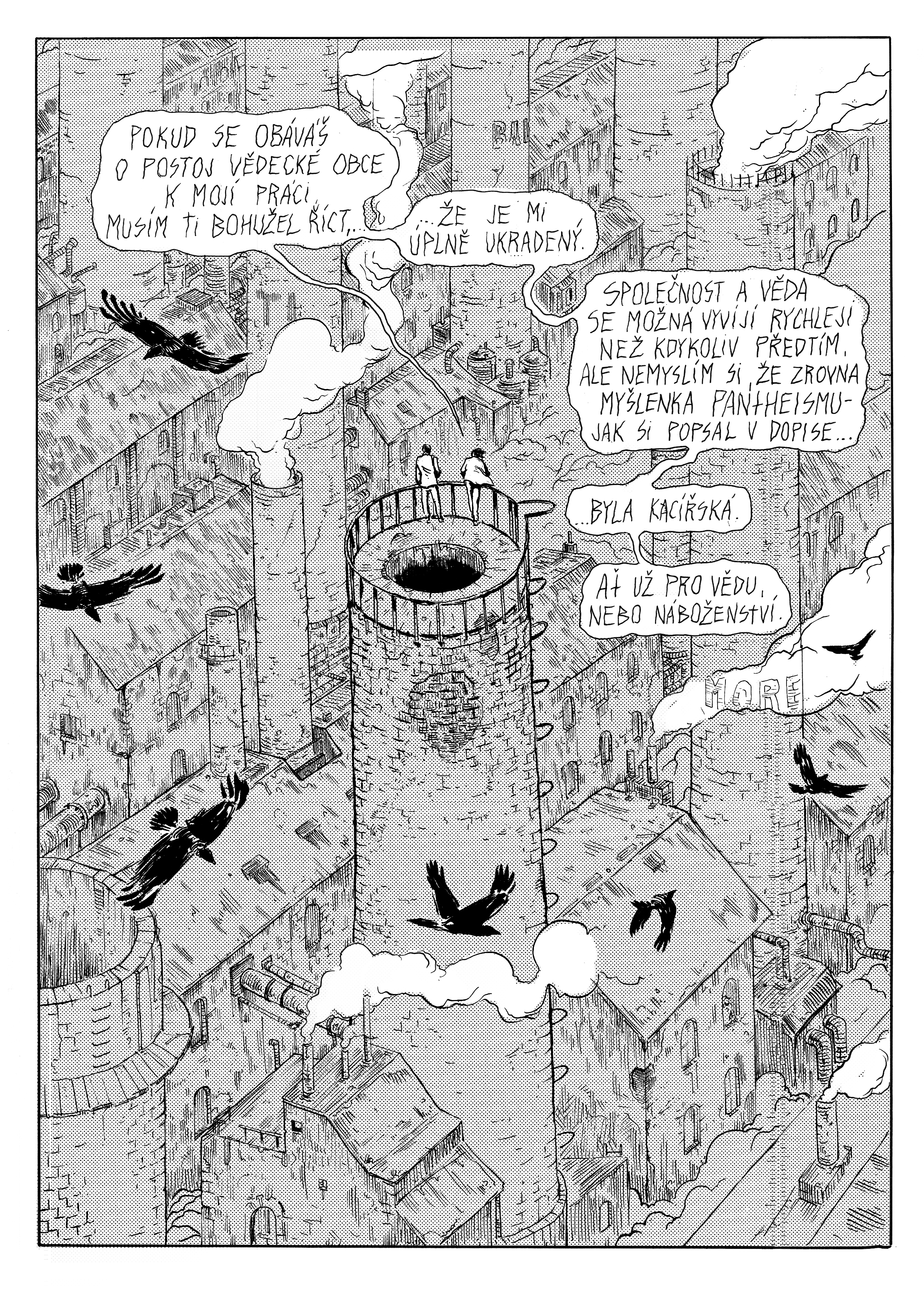