Lena Sara Grochowiecová (CZ) – COVID Diary
My name is Lena Sara Grochowiecová, I am a graphic design student at the University of Jan Evangelista Purkyně in Ústí nad Labem. As I previously mentioned , I am not only interested in graphic design but I also make illustrations, paintings or just sketch into my sketchbook from time to time..I am a sport lover too! Which means that if you don’t find me behind my desk, I am running somewhere in nature…
This four panel sequence started as a studio task during the time of coronavirus when we were all sitting on our butts at home. It’s an attempt to capture our daily activities, thoughts. I personally chose a form of miniature comics because the scale of four panel images turned out to be the best way of depicting anecdotes and stories happening during the coronavirus pandemic.
Instagram: @lenasaragr


Pavel Kučera a Václav Mlčoch (CZ) – TABOO
Taboo is something that is not supposed to be - yet it is still there. It can be concerning a human, thing, situation in family or within the close ones, or a global problem. It always has one in common: we don’t talk about it, we pretend that it doesn't exist, that it is simply not there. But we as humans are missing a thing there while being pushed to think and feel this way, there are consequences of the taboo in our lives and worlds. When we push a part inside us or in our surroundings away, nothing else will fill in its place. It becomes a barricade for ourselves and we may cut and wall up our personality and entire life this way. This is the moment when we lose our self.
Because taboo is such a sensitive thing We decided to approach the topic in a symbolic way. It doesn’t make much sense to choose one taboo in particular. That is why the comics consist of simply one page depicting an old man. On the background, the fragments of his life are unfolding and with the years and experiences, they are more and more retouched and crossed out.


MgA. Pavel Kučera Dis. / pavlatoar
I was born on 11th November, 1984, in Kolín. In 2004, I graduated from the Studio of New Media II at the Academy of Fine Arts, supervised by Anna Daučíková. I am an illustrator who overlaps into other domains with the center of my work lying in in illustration. I like spending my free time playing board games, reading, making photographs, riding a skateboard or creating.


Václav Mlčoch
(1985) is a translator and musician by profession. He studied at the Faculty of Arts at the University of Ostrava and participated in the creation of Czech-English-Bulgarian comic world called Innverse. In his free time, he plays piano in night clubs.


Ondřej Malina (CZ) – Bufo
When toads find out that the human body with skin disease is something what we might call a psychedelic drug, naturally they want more. Thirst for zonk out is a strong inducement. And so more and more victims disappear in caves because of the toad's cult Bufo. Behind these kidnappings, lives of some humans are cut through and one of them is Nicola, a promising student of chemistry.


Ondřej Malina (*1993)
He is studying “SUTNARKA” in Pilsen.
Sometimes illustrator, but mostly comics
author. He admires a comics lettering
and love French comics.
Next to it he grew up on Duck tales
and today doesn´t understand that Arial font
didn´t mind him when reading at all.
He loves all what mews
but more than year he lives in a flat
where it rather barks.


Jiří Michálek (CZ) – Madhouse 2
The comics Madhouse 2 - “Water of Life” follows the previous Madhouse which was describing my experiences from the mental hospital where I escaped from the military service. Soon after I was released (this time as an escape from an unhappy love affair), I joined a religious sect called Water of Life. These two life phases highly influenced me and so I decided to make drawings about them. I really enjoyed going over them again and perhaps someone else will enjoy the drawings too


I was trained as a carpenter, but for the last 25 years I have worked at heights. I always have three months off in winter and so I draw. I have been making comic drawings since elementary school. After many years, I decided to attend a comic workshop with ToyBox who pushed me to draw something interesting not only for my two buddies from elementary school, but also for others. So I was drawing zingers from my five years old daughter.


Anna Mrázová (CZ) – Ladybug (CZ)
She was born almost 25 years ago in Brno. She graduated from Foreign affairs and European studies at Masarykova university. Thanks to the year long Erasmus programme in Norwegian Bergen her desire for meeting new areas and love to design drove her to year long Erasmus programme in French city of Reims where she learnt working with a graphic tablet and drinking hectoliters of champagne. With a view of a new life direction she enrolled in media studies at the Charles University, Prague graduated there in July 2020. Somewhere between all of this, during the Night with wine and poetry she met her endless muse being afraid of ladybugs. Live in Prague, work in marketing, and she doesn't have a dog, cat, or children (but quite like petting them).


Idea of making comics about a ladybug I´ve got at the same time when I started dating my boyfriend. Sure I was in love, it's just chemistry, hormones which put you pink glasses on and only think they allowed you to smile like an imbecile gurgling bullshits. When my idol, prince on white horseback, hero of all heroes only comparable with Vinnetou or James Bond only said that he hated ladybugs (his first emotional expression I´ve ever heard of him), I was catched. Up to now I remember that feeling, strange twitching of lip, was that joke or what? A few days after I set brainless and started drawing a first picture - a boy looking through a lens saying I hate ladybugs. When I enrolled in two study subjects at my university. Real media work was an output I was sure what my future direction was. With all pauses it took me more than a year when I completed this comics. Here it is!


Renáta Řeháková (CZ) – Penitance (CZ)
The Penitence comics records less significant but a long-lasting problem regarding believers. In many of such families sexuality is taboo. In better cases nobody deals with it. In worse cases natural sexuality in any form is regarded as something bad. Kids subjected to this way of education sometimes hesitate about themselves and their body thinking they are sinful and dirty. The problem goes on to the full age and can influence entire human life and break quality of living as such.
I´m coming from a small village near Zlín, where I´ve spent almost my whole life. Slower tempo of the village, quiet and fairy tales books changed me so much, that from my childhood I've devoted my time to writing allied to proper illustrations. Thanks to it I got gradually into comics. Today I'm a student of the third year of the Faculty of Education in Brno. Here I´ve combined my two concerns Czech language and art .


Klára Štefanovičová (SK)
The comic story is inspired by a joke about a vampire who comes to the bar and orders just a glass of water. It turns out that he wants to make a cup of tea from a used tampon. I don’t remember that many jokes, but I remembered this one and I constantly share it further. Many people make faces finding the idea of the tampon and menstruation disgusting. I never understood this aversion to woman’s toiletries, woman’s body and her cycle, not even the opinion that a woman is “dirty” while on her period and other similar statements. Menstruation can cause pain, be uncomfortable and annoying, but at the same time it is natural and therefore beautiful. I am glad this to be no more a TABOO at many places.
I used to tell my own comic interpretation of the joke about the vampire where a vampire lady buys a used tampon in the ladies bathroom so she can make her tea peacefully at home.
The comics was published in the comic anthology Pomimo 5 - Ink & Blood.


Klára is a fresh alumni of the Studio of graphic arts at AFAD in Bratislava. During her studies, she attended exchanges abroad (Great Britain, Japan) which inspired her in creation, illustration and comics.
Her main domain in visual arts is independent graphic art, comics art, illustration and graphic design. In the past, she illustrated comic book Black Celebration (Gentle comics no.1), she published her work in Pomimo almanach, contributed to the project Light Under the Blanket and collaborated with child’s magazine Little Sun.


Lucie Trávníčková (CZ) – Lymfom City
A mother of two wild dragons, had to get ill to finally find an answer to why she studied painting and art schools. So she took her comics out of a drawer and dispatched them to the world. Besides painting and comics art she mostly lives a frivolous lifestyle with occasional intellectual moments.
Today, she works as a middle school teacher, so grammar and stylistic mistakes should not be visible so often in her comics. Without shadow there is no depth, then drawings are worthless. And with a life is no difference. Life is a gift, when coffee is out of stock, that's all over.
Lymfom City comics came into existence in September 2019 when I was diagnosed with lymfom – a tumour disease. Primarily it served as my personal diary and way of particular art therapy which helped me better to cope with this uncomfortable situation. Later on I started publishing my drawings details on Instagram. Thanks to great support of the closest surrounding and positive reactions of both my friends and fully unknown people who went through similar situation I finally decided to publish entire comics. For the KOMA festival I have selected 15 pages from the process of my diagnosis, months of uncertain time and fear, but hope as well.


Veronika Trnečková (CZ) – Roadtrip
Veronika Trnečková was born in Rožňava, Slovakia in 1991. She graduated from graphic art at VŠVU in Bratislava. She devotes herself to serigraph, drawing, painting and collage. In her works she often records blurring of borders between reality and dream. She graduated from history of art at Komenského University in Bratislava.
The Roadtrip comics is about a family car trip through desert landscape. Both parents talk about the mental health of their child. It experinces a inspiring moment during the trip. The comics was published in POMIMO proceedings.
https://www.veronikatrneckova.com/


Markéta Tunková (CZ) – "When it ends?"
It is impossible to do anything and getting out of the bed is the brightest moment of the day...One really cannot wait because time is dragging like raised dough...Early in the morning, a new day has come and the body starts to be somehow funcionning. The brain is a bit behind and so some of the operations take about three times longer. Like the process of making coffee which can include steps like rewarming cold water or looking for the filter while coffee has already been brewed.


This girl from the south of Moravia creates in Brno (as well as in Hanoi, Morocco or Lombok in Indonesia). She has drawn since she was a child, and a few years ago, she started Comic Sunday, an ongoing project running till this day. She transforms the world into illustrations with bubbles or without, from books to zines. 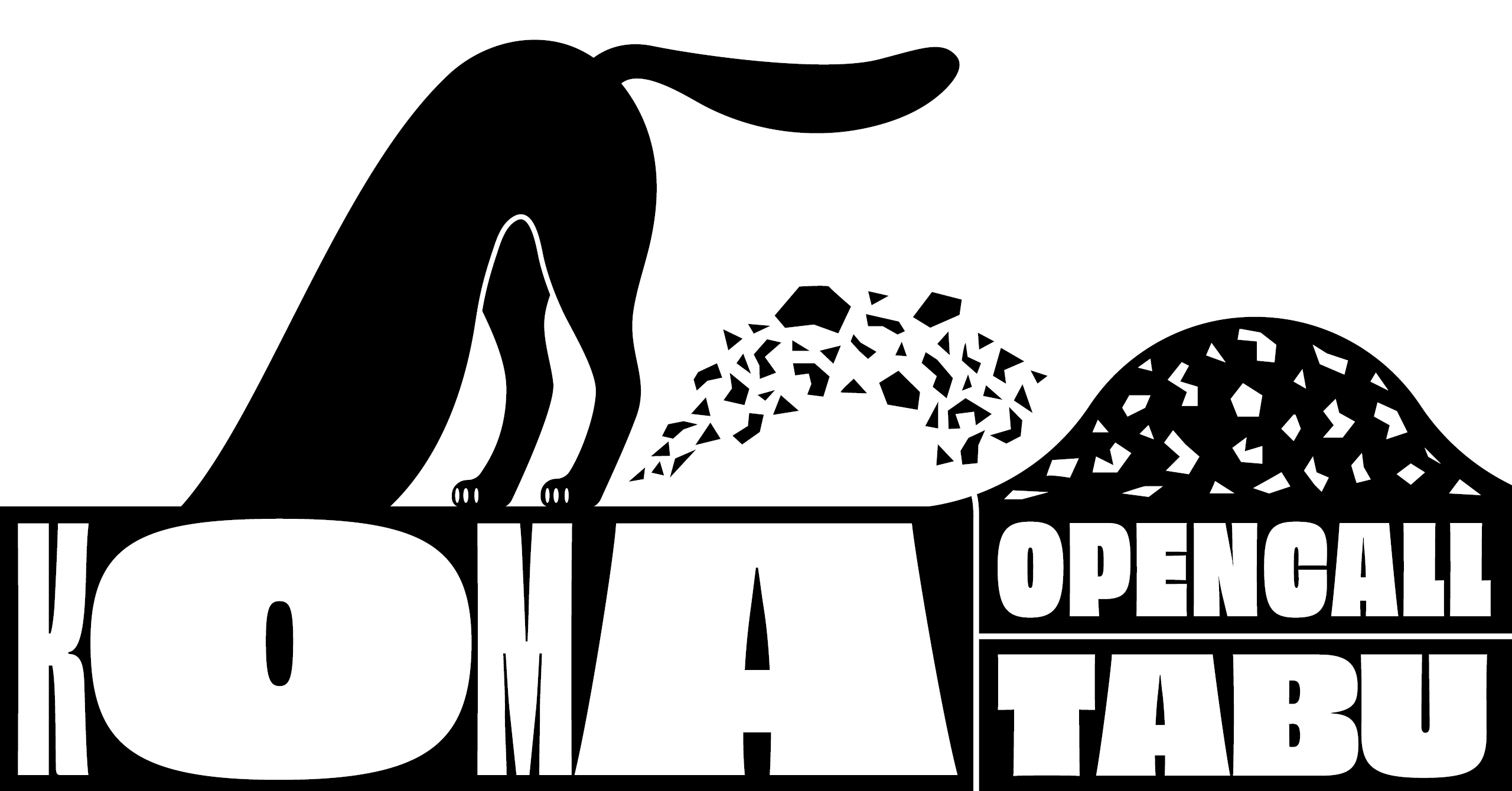